...or the Hollow Earth Expedition Gamemaster's Screen is a hell of a quality product.

Last weekend, I called up my FLGs and said, "I'd like one Hollow Earth Expedition Gamemaster's Screen, please!" They placed the order and had it in within the week. On Friday I rolled in to run my D6 Space Pirates game and made ready to purchase the item I requested. 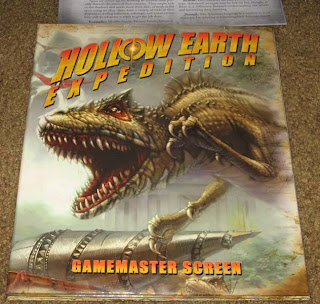 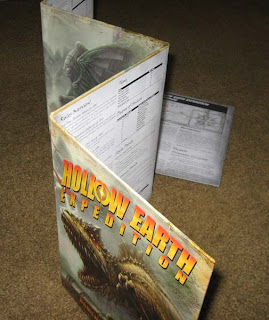 LOOK at this thing! It's thick, it's sturdy, it's beautifully illustrated and it's not what I expected. Oh, the official web page advertises it as being a "hardback" GM screen, but...you know, I must not have picked up on that, because...uh... 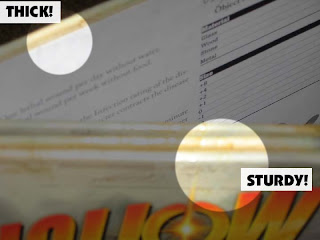 The booklet, by the way, has new character goodies, expanded continuous combat rules, and an introductory scenario. It's a nice package, and all for One Jackson.

Exile Games continues to impress. I hear that White Wolf's GM screens are this good, too, but since I don't play those games, that fact is a little less awesome to me.

Well, there's only one thing for it: a Seal of Approval, Rotwang! Style. 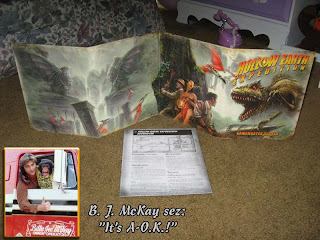 Yeah, I coulda done better with the Photoshop. Gimmie a break, it's Sunday morning.
at 11:41