StarGate: Universe is on right now.

And I'm posting on my blog.

We'll return to Snot's adventures in T&T land, you bet. First, though, while I'm thinking about it...

Anyone who knows me knows of my obsession with 80's pop culture. Many also know that I spent the majority of that wondrous decade in Mexico City, and that I have a very melancholy fondness for the place.

Snot Down The Hole: More T&T Shenanigans! (Part One)

Enough of us were free yesterday that it was decided to reconvene at Leaky Pete's for gaming. When the call went out for a game to be chosen, the closest I got to a request was for more Tunnels & Trolls. Seeing as how my wife was still wanting some sweet, sweet dungeon-crawling misadventure, I took my 7.5 box along and away we went.

The crew was the same as last time, in players if not characters. My wife wasn't real thrilled with her last character, so she switched to Ismir, a 2nd-level elf rogue with a Swashbuckling talent. Also, I forgotten to pack up Mr Party Gorilla's character, Glorkk, so he rolled up a new Wolf Troll and thus was Glerk born. No big loss, really, since Glerk ended up with a strength of 52 and 40 Combat Adds. Fine by me.

I quickly set the scene: fleeing the disaster they engineered last time, the four adventurers peeled out of Three Chickens and headed elsewhere -- in this case, to the Village of Flatdog, also in the Frankie Valley. Along the way, Glork was magiclly teleported away and replaced by Glerk; and sometime after arriving in Flatdog, Maaren dumped the other three (a good move) and Ismi, who had adventured with Snot before, was recognized by the little booger and had no choice but to hang around him. There, that was the party. Done. 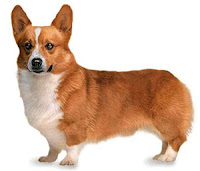 [By the way, in case you're wondering why the village was called "Flatdog", my reason was a simple one: Leaky Pete was dog-sitting a Corgi named Grunt. It's often handy to let your immediate surroundings inspire you.]

Speaking of parties, Flatdog was holding its annual Festival of Clobbero -- a feast to commemorate the coming of the hero Clobbero, who long ago chased a dragon away. Mirth and good cheer was everywhere, what with the coloful pennons and the girls dancing and the kids chasing each other with sticks (re-enacting the mighty hero's deed).

The PCs were in the Tavern of the Black Mare, whereupon they encountered a VERY famous local fellow named Polydor the Bard, whom I described as "looking like a ketchup bottle and a mustard bottle had a baby, gave it alute and sent it out for voice lessons".

Polydor waited for the crowd to settle down before dropping the adventure hook, to the tune of "Greensleeves": That long ago, the wizard Zantos ("The Spellmaker!" suggested Party Gorilla, and it suck) had become evil in his old age but recanted on his death bed, and that he had been interred in a secret tomb not far from here. Furthermore, the location of the tomb was rumoured to have been found in The Ravine of Durdin's Rest, two days' ride from Flatdog. Then, the crowd roared and applauded, Polydor left with some groupies, and the hook was baited.

Before departing, the party wished to stock up on supplies. They purchased what Jake called "The ACME Adventuring Pack", which means,uh, you know. Zando, being a non-comtatant with 2 whole Combat Adds, expressed a desire to hire a shield maiden to protect him.

It pleased me greatly because I love the idea of hirelings and henchmen. I din't know why; I just think it's cool. I get to make up my own quirky NPC adventurers who get to help out in a pinch, and also get killed first. It's a rare opportunity, so I took it...and made magic.

I quickly created Kirsil The Grim, Late of the Marauders of the Twilight Hills. Kirsil appeared in the game as ablonde warrior woman with viking tresses, a horned helmet, shield, spear -- the whole works.

Oh, and she's 18 years old and with the looks of a high school cheerleader.

Zando quickly propositioned her as an employee, to which she replied, "What, ho! I readily hear your pleading voice -- let us now hear the tinkling of your silver!"

After insulting her by offering her "Two silver now, and ten when we return" and assuming that she was pregnant (Zando thinks that all human females are pregnant at all times), they settled on a share of the loot. She made the acquaintance of the others, looking down her nose at Snot but finding much admiration for Glerk ("Verily, mighty Troll-friend! If you adventure with this dark Elf, then truly he must be worthy!"), although Glerk just kinda stared at her blankly. A lot.

With all that settled, they made their way across the valley to The Ravine Of Durbin's Rest or whatever I called it. They found the ravine, they found the hole, and made a plan to delve into it. A plan which was to result in a wet troll, a wetter goblin, a battle with some stone elves, severe heatstroke and two scrapes with death -- both on Snot's part, poor little guy with like a 9 or 10 CON.

In Ancient Rome, There Was A Poem

...yeah, okay. Hey! Remember how the other day in the comments section of this post about how I decided to do my Spelljammer game with Savage Worlds, reader Forge said,

Welcome back. This is a very cool idea! One question though; what about D6?

Yeah, you're totally right, Forge -- what about D6? 'Specially since I'd already mused on that very idea before?

I've honestly waffled back and forth on what system to use for this game. I thought, hey -- I could use Savage Worlds as easily as I could use D6, but then again, why not just use genreDiversion 3? Come to that, wouldn't Chaosium Basic Roleplaying do the job just as well? I mean, it IS a generic system...just like GURPS and HERO, both of which would also work for high adventure stuff with quick resolution if you made a few decisions up front. Then again, Spelljammer was orignally designed for AD&D 2nd Edition, and how far away is that from Swords & Wizardry -which would work just fine- or Castles & Crusades? Hell, that's SIEGE Engine land, so why wouldn't StarSIEGE fit the bill? Isn't it just as useful as Instant Game and, say, Fudge? Hey, that's just a step away from Fate 3.0, right? And doesn't THAT game remind me of Theatrix? Oh -- not to mention that Hollow Earth Expedition's Ubiquity system could pull it off...and, hey, 7th Sea is ALREADY a swashbuckling adventure system that I could --

...so you see my conundrum. I could use any of those systems. I have them. Any one of them would do. I like them. I can make 'em do what I want. I considered ALL OF THEM (except 7th Sea, but that's only because I just now thought of it). So why, out of all of those, did I pick Savage Worlds?

Because I can only pick ONE GAME. I HAVE to. If I DON'T, then I'll NEVER START THE GAME. If this thing is going to happen, then I need to START IT, and not just spin my wheels, jackin' around, endlessly analyzing pros and cons and matching and weighing and measuring and --

-- bah. BAH!, I say. Every day I spend hemming and hawing -and that is what it is- is another delay.

So, Forge, the answer comes clear:

I am a spazz, but I listen to DEVO.

My friend Yucky Gross (don't ask) bought a kids' "do-your-own-illustrations" calendar last year, and asked me to, uh, do her own illustrations in it. She gave me free reign to do with it as I pleased. 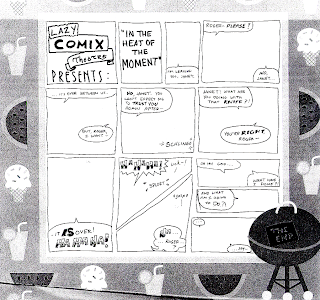 Look -- I'll try another episode or two of the new Stargate series. I really will. However, it's gonna be tough shaking the feeling that it's nBSG with a gate in it.

Your blog is marked as spam

Blogger's spam-prevention robots have detected that your blog has characteristics of a spam blog. (What's a spam blog?) Since you're an actual person reading this, your blog is probably not a spam blog. Automated spam detection is inherently fuzzy, and we sincerely apologize for this false positive.

We received your unlock request on October 5, 2009. On behalf of the robots, we apologize for locking your non-spam blog. Please be patient while we take a look at your blog and verify that it is not spam.

Granted -- this ain't The Wall Street Journal. But, still -- c'mon, man, spam?! What the hell characteristics could this thing possibly exhibit, which could be likened to a "spam blog"?

spam blogs [...] can be recognized by their irrelevant, repetitive, or nonsensical text, along with a large number of links, usually all pointing to a single site....

Here follows a transcript of some adventure notes made 6/26/08. I have yet to run this.

BUDGIE SMUGGLERS!
An RPG Adventure or something
THE PREMISE: The PCs are a team of professional smugglers. They are charged with smuggling a pair of rare birds out of the exotic nation of Tanjukistan, wherever that is. They must acquire parakeets, take them across the border with Farmvania, and deliver them to their employer, whoever that is.