This Is My Character for Jeff's "Halfling Stew" Game

How I Spent My Saturday Afternoon

With a hex grid, a copy of TSR's World Builder's Guidebook, a portable drawing board, Troll Lord Games' Book of Extraordinary Names, a set of Prismacolor pens, an Ames lettering guide, a T-square, some dice, a drafting triangle, pencils and some masking tape.  Oh, and five hours.

All of which I used to make this: 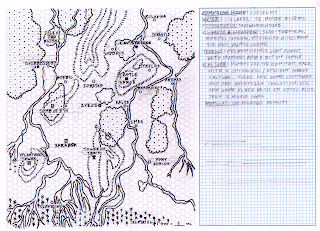 To you, O brethren and cistern, who came to me with words of commiseration and hope in my day of pain -- thank you one and all, you princes and princessesses of the blogomosphere.  You guys rock.

So last Tuesday (last week) my buddy Art brought over Microscope again, along with his 7-year-old daughter.  We unleashed his kid and my kid unto the wilderlands of her bedroom; while those two played, Art, my wife, Art's buddy Russel and I set about an exercise I've long yearned to do:

So how'd we do?  You tell me.  I tried typing up a summary but screw that, here are the notes.


Man, this was some fun.  It was cathartic in a variety of ways -- it gave me the gamer interaction that I craved, it let me mix it up creatively, and I got to slap the prequels right in their ugly mouth and say, "THIS is how you do it, ya dumb bastards!" 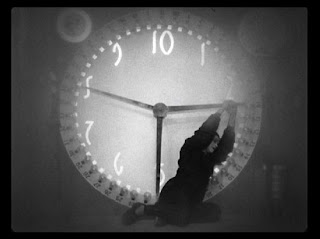 I Got A New Scanner Today.

Actually it's a printer/scanner/copier.  I installed it and started checking it out -- you know, how do ya load paper for printing a double-sided character sheet, like that.

Then, of course, I had to check its scanner interface, so I grabbed something to scan.  Dig it: