Formerly known as "Random Access Memory", it is now called "Nerdy Girl's Game Blog" and you can go look at it right here. It'll give you some insight as to why I married this woman.

She's got two posts up today (one about Conan) and they are in English, so you have no damn excuse.

This Is What It Sounds Like Inside My Head.

What Are You Waiting For? WATCH THIS VIDEO!

The Airship Has Docked.

It took long enough, too. Let me explain:

There's a campaign setting that's been sitting in my head for...I dunno, three, four years now. It was vague and disjointed; nothing more than a few flashing images, some concepts, some influences. It began when I started to read The Mad King by Edgar Rice Burroughs; or maybe it was when I read a comic book that featured blue-skinned faeries with airships. Perhaps it sparked when I saw the cover of the novel Fitzpatrick's War...then again, it may have burrowed into my head while watching the magnificent swordfight in The Great Race with Tony Curtis. Or maybe it was during The Golden Compass? Of course that my first glimpse at Kurt Busiek's Arrowsmith comic might have --

I don't know. That's how vague the whole thing is -- a disconnected, incoherent webwork. 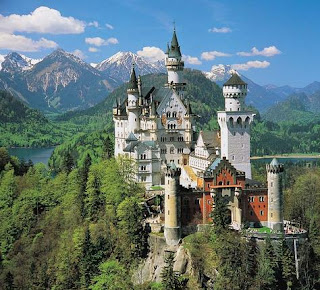 All I had down was this: It's set in an analogue of Europe, right before The Great War -- only it isn't Earth. There are automobiles and airships and sabers and firearms, and royalty in sashes and epaulets -- real Prisioner Of Zenda stuff. It's not "steampunk"-- the technology is a bit advanced in comparison to our early 1900s, but steam has taken a back seat to...something else. Some kind of technology that straddles science and magic.

There are faeries, and princesses, and castles and dashing scientists and brave soldiers and dastardly villains -- but it's not Castle Falkenstein. It's not all Victorian and stuff; it's a little more like Sky Captain Meets Graustark. So it's got it's own thing going. In fact --

And it all crystallized into a vague but specific image: A group of people, obviously the PCs, standing upon a towering platform, a neoclassical analog of Star Wars: Episode I's skyscraping landing pads, bathed in sunset pinks and oranges -- and they're in trouble.

But it meant nothing.

Or rather, I wasn't sure what it was about. Who are the PCs supposed to be? How do they fit into this world -- and what's going on it? What's the trouble? No answers ever came. The pot would not boil.

It's been on my mind the last couple of days, although I'm not sure why. It's just been...there. Hovering, insinuating. Taunting.

Today, on the drive home...WHAM.

For centuries, Man followed his own path -- albeit by the grace of the Fae Lords, who made possible the little dollops of magic that Man used to supplement his inventiveness. But with the science of

I'll get to the point -- what would an Art Nouveau-inspired fantasy RPG feel like?

It's no secret (or, if you know me, surprise) that my head is full of stupid ideas, and today being an especially good day for the spontaneous generation of obtuse thought, I happened upon this particular notion. It actually began with the idea of making a custom character sheet with Art Nouveau motifs and fonts, which led to the thought, "What kind of game would need THAT?" and thereafter to the question which opened this post. 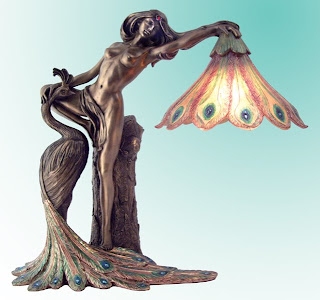 I loves me some Art Nouveau. It's one of the few art movements that truly appeals to me; I like other styles and ideas and so on, but only Nouveau moves me. (Deco does, too, but that's another post.) It says things to me -- things so graceful and wondrous and fantastic and deep that I --

-- Nouveau is such beauty as to steal my words away.

...Okay, now that we've determined that I totally want to make out with the stuff, let's get back to the point. Like it or not, certain types of game go well with certain types of art; they can inspire and inform each other. A game that's inspired by Frazetta art is probably going to have a different vibe from one whose GM has a lot of Elmore on the old hard drive. Some games kinda feel like barbarian skulls-and-boobies art, some feel like renfaire photo galleries. Am I right?

Let's pretend that I am, if only so that I don't feel like an idiot typing all of this. Please? Thank you, you're so kind.

Anyway. The art style lends itself very well to fantasy, I think, because it's obviously inspired by the natural world, but it stylizes it. It suggests real stuff (plants, flowers, insects, etc.) but depicts it in unrealistic ways. To me, it's inherently fantastic. 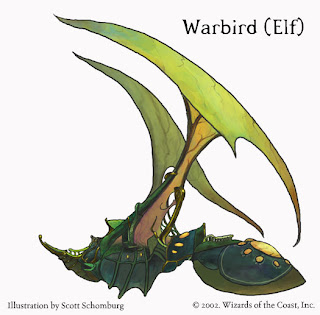 Remember that Spelljammer d20 game in Dungeon magazine? It was a...well, kind of an alternate take on Spelljammer, and the illustrations were all in the Art Nouveau style. It worked very well for me -- it hit kind of a Little Nemo groove which made it feel different, unique.

It felt truly fantastic, and it made me want to play it.

So now, here I am, wondering -- how can I bring that look to my vanilla-fantasy games? What kind of feel would such a game have? Does it matter? How would it color my game? How would my players react to it? Would it make me do anything differently? What would translate to my fantasy game, and how?

Would it feel any different?

Or would I just have some pretty character sheets for the same-old same-old? 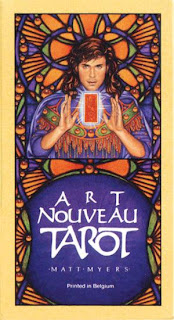 Apparently, I was real busy that day, though...check it out (click to enlargerate):

Jacob said, "Ive never played trav is it worth it?"

Long story short: Jeff Rients reported thta someone from Bloomington, IN had sent him a package, and it wasn't me, so I was like, 'Who?" the guy is like, "Me!" and Jeff is like, here's his e-mail address" and I'm like "*email*" and he's like "*reply*" and I haven't actually made the face-to-face yet but he can get me a good deal on car parts.

Now. To answer Jacob's question: In my opinion, Traveller is one of the best RPGs ever published. That's just my opinion, of course, and those are highly objective as we all know. Trouble is, whenever I try to articulte reasons why I think Traveller is so damned great, results in something like this:

...except for one time when it didn't, and that's been a hard incident to replicate.

Can anyone else chime in on why they ♥ them some Traveller?
at 21:38

Getting High At The Movies

I went to see Up. You ought to do the same. Not only is it primo Pixar work (except for the short in front of it, which I felt was weak), it manages to articulate its theme in a way that other films of the sort never did.

Seriously, what I got out of The Wizard Of Oz was, "Look, there's no point in daydreaming, because satisfaction is available to you right here in the goddamn dustbowl. Oh, and Uncle Jed's allergic to silver paint." Not so Up; this movie says, "Life is an adventure to be savored, so don't overlook the details while you dream your dreams."

Pixar, man...I have no interest in seeing the car movie, and that damn fish movie annoyed the crap out of me. But everything else has blown my damn socks off. Even Ratatouille, about which I was indifferent at best, ended up pleasing and surprising me. To say nothing of Wall-E and Toy Story 2...