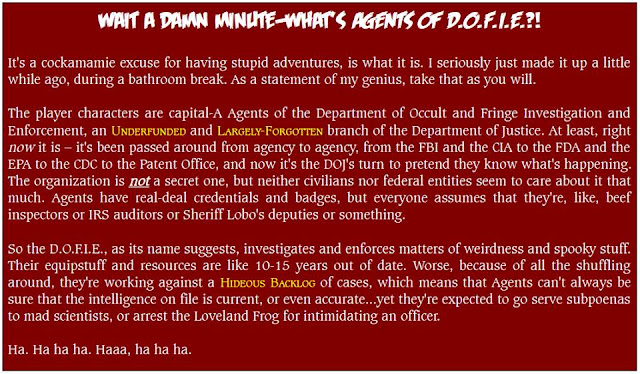 I started writing a scenario called "Smell the Breath of Dracula", in which the players are some of the above agents of the thing and stuff. They're on a mission to Dracula's house to --

I Made A Custom Cover for "Far Trek"

It's inspired by the one on C. R. Brandon's blog, but I tweakified the layoutification and assembulated some images from 'round the computernets. 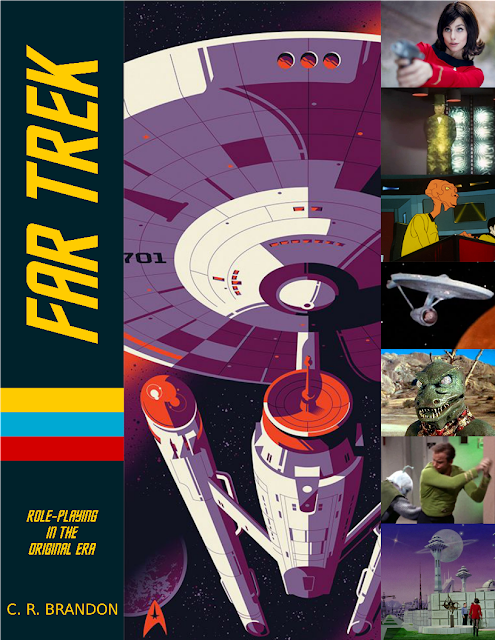 Results of Attacking The Darkness in Various Role-Playing Games

Just kidding about Traveller. I loves me some Trav.

Hey! It's 2017 (surely you noticed). Who's Yer Con, my local gaming convention hoedown, is coming up at the beginning of April. It's currently January.

That means it's time for me to start pondering what events to run this year.

...but one of the above is gonna hafta move, probably, because I had a bit of inspiration today. Dig it:

From the original Streets Of Fire trailer:

“You are about to enter a world unlike any you have seen before, where rock and roll is king, the only law is a loaded gun, where the beautiful, the brutal, and the brave all meet in streets of fire...”

My variation on the above, pitching a game for Who's Yer Con:

“You are about to enter a universe where retrowave is king, the only law is a charged blaster, where the alluring, the alien, and the adventurous all meet -- in Stars Of Fire!”

What does any of this even mean? Well, figure it's retrofuturistic space adventure shenanigans with an 80's vibe. 'Cause, you know, it's me.

That's all I know for now. I'm gonna go monkey with it some more. In the meantime, enjoy this here Lazerhawk jam. Oh! And this!