"They're For My Girlfriend in Hollywood."

I was probably 4 or 5 years old, and in the front yard of my Granny's house, when my cousin asked me why I was stuffing some flowers into an envelope. I told her why.

"What girlfriend?" Still poking little flowers into the envelope, I answered as if it were the most obvious fact in the world. 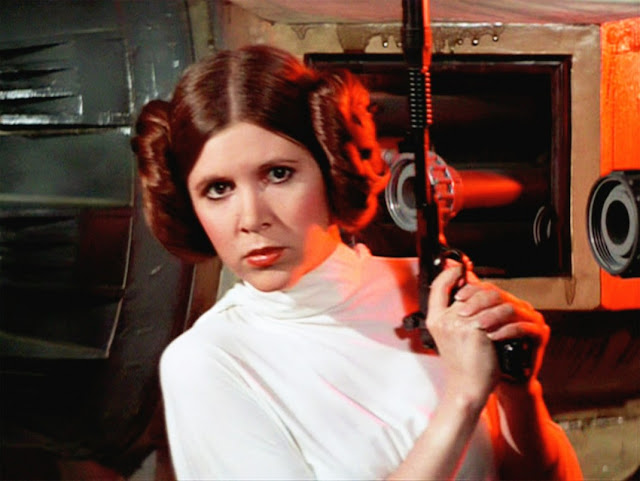 You already know it was total, unfiltered suck for the world at large. I'm not gonna go into how sucky it was for me on a personal level, because who cares. I could talk about how kick-awesome Stranger Things is, but you already know that; it's not inconceivable that I could mention the ongoing game of The Strange that I'm in, which is being run by Scott Kellogg of Hall of Blue Illumination fame (you know, the Tékumel podcast, where they talk to Jeff Dee and James Maliszewski!). That's worth talking about, as is the fact that I'm trying to get off my ass and write a book already. And I'm certainly not here to talk about how this blog is ten years old, but I haven't posted to it in over a year, and the posting frequency has dropped off since --

I'm gonna talk about how, in the new year, I'm gonna run a Star Wars campaign.

Tell ya th' trooth, I vacillated between using WEG's venerable game (pictured above) and Fate Core, which has nestled itself riiiight next to D6 as one of my favorite games ever. As (hypotherical) long-time readers may (hypothetically) know, Star Wars gaming is MY THANG; virtually every time I look at a game system, I'm judging it in terms of its suitability for Lucasian shenanigans. I've no doubt that Fate Core is more than equal to the task -- in fact, it's one of only two other systems that I've seriously considered using.

In the end, I just felt the D6ness a touch moreso than the Fatetitude, and so here we are.

"Here", of course, means "opening up a new TreeSheets document, making a cell labeled "Names", and inserting a sub-grid full of, you know, names. For, for, for people and places in my Star Wars universe. (It also involves yanking my collection of Star Wars Adventure Journals from the shelf, and ripping names and NPCs and everything else out of 'em for inclusion in said TS doc, but I digress.) And, yeah, you read that correctly: MY Star Wars universe.

My Star Wars universe is one where the words "midichlorians" and "gungans" have no meaning whatsoever, because I WILL NOT RECOGNIZE THE PREQUEL TRILOGY IN ANY WAY. The Clone Wars will be A Thing That Happened, but it won't have spit to do with, you know, the cartoon and stuff. (The cartoon is OK, but it's connected to the prequels, so out it goes.)

My Star Wars universe recognizes the events of Rogue One, but they really won't matter that much -- see, 'cause my game will take place in the classic RPG era known as "After the Battle of Yavin, before the Battle of Hoth". And considering how Rogue One went down, well, it's a foregone conclusion that...

My Star Wars universe will include selected bits of what we're now calling the Legends, i.e. the EU stuff that Disney/Lucasfilm jettisoned from canon. If it's in a WEG book, it's probably OK to go; the exception being the Zahn stuff because

So anyway, it's 2:13 am EST as I write this, and I'm listening to the Stranger Things soundtrack, and getting kind of tired, but not so tired that I can't start leafing through my Adventure Journals and get busy cribbing stuff for, you know, later.

When I'm running it.