Why not? Let's see if they'll stick:

Get a regular damn game group going.
I try this one every year, but I always let it dissolve. My excuse -- "Well, my players have lives." Sure, they do. So do I. And I want a regular game group in mine.

Stop chewing on the inside of my damn lips.
Weird stress habit. What do I have to be stressed about? Not much really, but still I chew on the inside of my lip, and my shoulders are knotted up like a rope in Scouts. One of those, I can do something about...

Lose some damn weight.
I don't look like I weigh as much as I weigh, which is really weird because it makes me wonder if I'm composed of dark matter like Nibbler's poop on Futurama. H'wever, with diabetes looming over me from my Dad's side...I ain't takin' no chances, bucko.

Resist using the phrase "go ahead", damnit.
And it's not like I use it that much at all, but I hear people overusing it and I don't wanna be like them.
at 14:32

When I Break Down Just A Little And Lose My Head 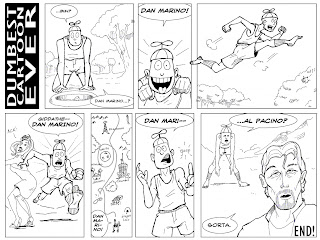 No good reason for it, but I suddenly have an urge for a GURPS game. Odd -- since I haven't played it in over 3 years.

Y'see, my wife and I usedta play the hell out of that system. Accumulating quite a collection of 3rd-Edition supps, we used it for Traveller, SF stuff, fantasy, espionage/action...all kinds crazy stuff, and almost all the time. Then Lily was born, and we moved, and then we apparently switched to other systems for our fun.

Cherished, but ultimately unused for anything other than reference or pride.

It's...weird, here inside my head.

Memo To The Pope

DATE: 22nd December 2007
TO: Pope Benedict XVI and all the other dudes at the Vatican
FROM: Dr Rotwang!
SUBJECT: Polar Bear Fights

It has come to my attention that you and your organization have, in your newspaper l'Osservatore Romano, talked some serious smack about the film The Golden Compass. Apparently you said some jazz or other about how the film "promotes a cold and hopeless world without God." That's a quote from Reuters.

I saw the film last night. I enjoyed it. Sure, there were plenty of infodumps, and some of the dialog is pure, unabashed exposition. So it's not perfect but it was pretty keen, especially what with the Edwardian steampunk vibe, the airships, and Sam Elliot. In an airship. 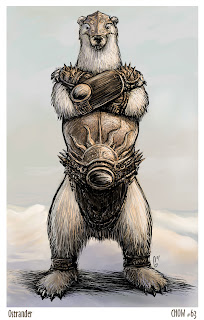 Oh, and of course the polar bears.

I totally saw a couple of armored polar bears go paw-to-paw in that movie last night, beating the frozen crap out of each other, and the climax of the battle was jaw-dropping to say the least. So I got my money's worth and my time was well-spent.

On top of that, the film's basic message was "don't let someone who thinks they know better than you tell you that they know better than you, and make your own damn decisions." Yes, the film features a stuffy orthodox organization in the film which resembles, umn, the Catholic church, and I hear that in the books it is a church. The message is still a good one, though: don't just obey because someone tells you to.

Those polar bears were wailing on each, hardcore. It was cool, and one of them really had it coming because he was a dirty cheat and the other talked like Gandalf. Guess who won? Or, uh, did you actually see the movie?

So. If digging on free will, opposing stodgy authority and totally awesome polar bear fights is wrong, well...

COPY TO:
I Waste The Buddha With My Crossbow readers
Your Mom
at 14:36

Yesterday my physical copy of Forward...to Adventure! arrived via post. I made a couple of characters and then proceeded to roll up a dungeon.

It has a good random dungeon generator, I tell you what.

I have not yet actually played the game, but I look forward to so doing. I have a lot more to say by way of a review, but maybe -- 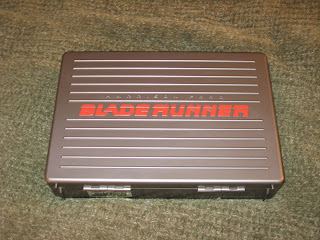 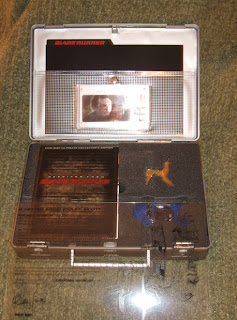 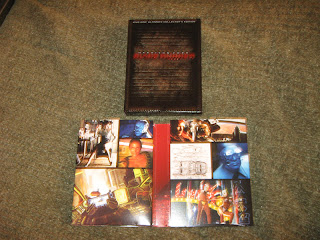 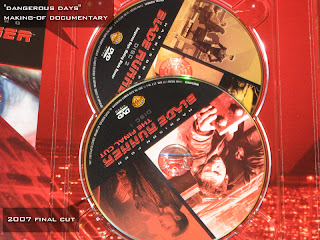 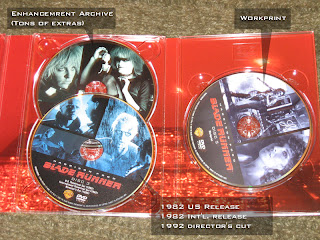 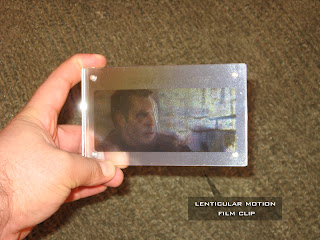 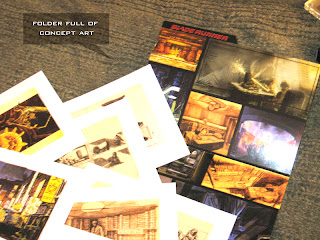 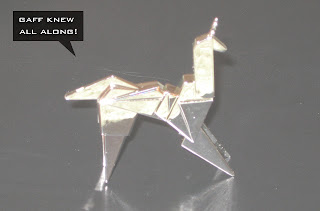 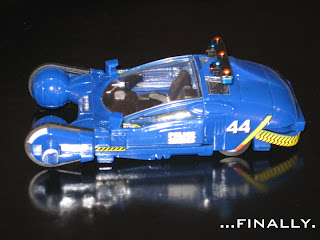 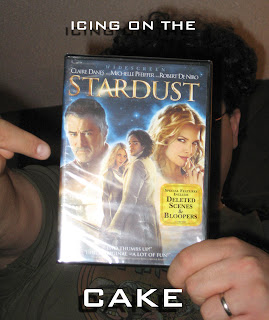 Jeff, were you still looking for this?

Again With the Instant Game

Yes sir! You're right, I have mentioned Animaball's Instant Game before. Look at the big brain on you! But, uh, Los Hermanos Animalballos1 have just released the full version of the game -- a whopping2 98-page .pdf with more charts, more examples, and...uh...more pages, really.

But that's not the only reason I'm mentioning it again. No.

I'm mentioning it again because I took the salient part of this book to lunch with me today, and set about rolling up an instant game between bites of General Tso's chicken3.

The basic idea is this: You generate a setting for your game, a Tone and a couple of Things that are in it, and you do it by rolling on charts. (The idea is to go into it with few preconceptions, but if you're in the mood for your game to be in a specific setting or of a specific tone or whatever, you assume it and move on, rolling for the rest.) You can add on supplemental charts to define these items as needed (descriptors, people, personalities, etc.), and play the hand you're dealt, as it were. Got it?

In my case, I had my setting already picked out: Uncharted Space. Whatever that meant; that could come later. So I wrote that down, and started rolling:

Next, I rolled up an Instant Plot. What's gonna drive the action?

I'll admit that the elves and the security systems didn't immediately strike any sparks, but that soon came to make no difference -- everything else soon did...

The PCs are members of a starship caravan, fleeing Earth after an oppressive global regime takes power. Three such refugee caravans departed in groups, each one a collection of ships gathered inside the same jump-drive field; one of them mis-jumped, stranding its travelers (the PCs) in uncharted space!

The planetary regime, however, has followed this lost caravan, and now a small fleet of their ships is stranded in the same region. The government agents don't give a damn about the refugees...they want to re-capture the supergenius physics professor who escaped with them, take him back to Earth, and put him to work making weapons.

The PCs now have trouble on two fronts: they're lost, and have to explore the surrounding stars to find a new home (the jumps were one-way, oh noes!!!), deal with hostile aliens, space monsters, crazy star-kings and so on, WHILE they evade the Earth Regime bad guys who'll gladly slaughter them all to a man as long as they can get their scientist back.

So. Awesome. But -- did Instant Game do this? No; I did. Instant Game just tossed out some ideas and I arranged them, while I ate lo-mein and mushroom pork. But its help and inspiration were invaluable, and I was done in under 45 minutes.

Cool, huh? Think you could use somethin' like that?

1Not real Spanish.
2How exactly DOES something whop?
3He isn't really, but he finds the misunderstanding to his advantage.

...I am an immensely proud Daddy. 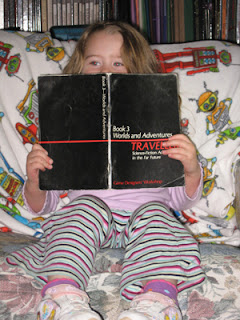 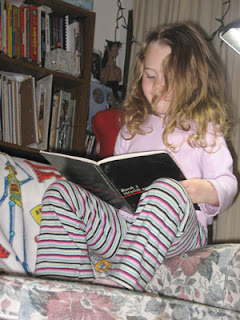 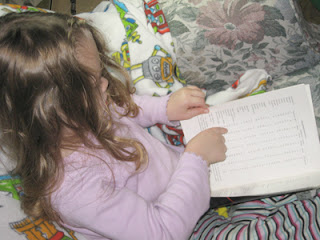 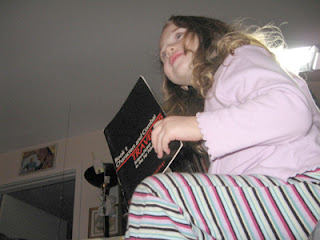 Of course, right now she's watching Barbie As Rapunzel. She's 3, so she's all over the place.

I used to be all grumpy about Spain.

Here lately, though? Ehhhh, I got over myself.

Actually for a while now I've been getting over it, and, wouldn't you know it, kind of wanting to put more Spanish cultural influences in my F- and SFRPG action. Like, I started to draw up a map of a fantasy kingdom called Toldeo, and wanted to put Spanish place names and geography on everything. NPCs named Don This and Doña That. Hell, last night I was thinking, "Why don't I roll up a Traveller subsector and make a whole group of Spanish-settled systems? Like the Sword Worlds, but swarthy!"

I want to play a Zingaran swordsman in a Conan game, or a Hazat guy in Fading Suns. I've had the Castille sourcebook for 7th Sea for a while, actually.

Anyway, it'll mean one thing: research. Research that I can turn into cultural influences, place names, NPCs, etc. For some reason, a FRPG setting based on medieval Spain appeals to me like never before. I don't know why.

Seems It's All I Ever Draw 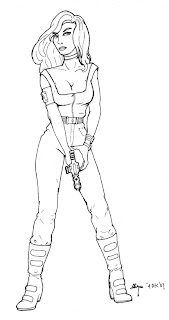 So recently El Jeffo de los Rientos posted a link to somethin' called Rule 68A, suggesting that it was a must-read for people who like-a the Traveller (which is me). Being one to trust his advice I made click on the link and, as the kids say, "got my read on".

I won't re-hash Rule 68A, but I can give you an overview:

Basically, there are those long-time Classic Traveller players and referees who feel that CT lacks a clearly-presented task resolution system, and 'patches' for that have been appearing since the 1980s. The author of Rule 68A, who has himself written a task resolution system (and a popular one at that), at one point said to himself, "Whoa, hold on. There is a task system, it's just not structured. So let's put a bit of structure on it." And then he did so.

Referencing a great little passage in The Traveller Adventure, WJP (the author's handle on Citizens of the Imperium) puts forth that CT has plenty to work with already, and that if you can just remember 3 levels of difficulty and the numbers associated with them, you can use the existing CT rules just fine.

I read the article and I read the passage and you know what? I agree with him. Man, I shoulda read pages 28 and 29 of The Traveller Adventure a long time ago.

Basically, the idea is not to shoehorn the game into a system, but rather to use the game more loosely, and adjudicate things on the fly. No need to couple characteristics and skills -- the Ref may wish to do so but it needn't happen every time. Rolls can be 2d6 equal to or less than a characteristic, or two of them, or whatever. Margins of success can influence further rolls. Situational rolls can e based around the same 3 difficulty levels at need. Target numbers can be randomly determined.

In other words, it's making me look at Traveller as kind of a meta tool kit, more so than I had before. In a sense it's like...

...it's like the lack of hard-and-fast rules isn't a hindrance, but rather free reign to improvise them.

It's kind of neat to look at it this way. It's like Traveller can now be more my game than it ever was; I'm now truly the Referee, not just The Guy Who Is Running The Game. I have yet to implement this idea, but I do have an open game with my wife to test it in, so I'll let you know.
at 13:03