...yeah, El Zacho Primero and Greyhawk Grognard aaaand...oh, probably lots folks are talking about mass combat today. Funny thing, too, sine I've had the same thing on my mind lately -- as evidenced by my post frm the other day. You read that one, right? OF COURSE YOU READ IT! WHY ON EARTH WOULDN'T YOU HAVE READ IT?!

...yyyeeeeeaaaah...aaannyway, so like mass combat and stuff. Yes. The topic. The topic, and what I think about it.

Let's consider the two ways I'd play a mass combat: Integrated into an RPG session, or as a game of its own...and my favorite angles on both.

My favorite approach to mass combat as part of an RPG session comes from the venerable, unbeatable, most jawsomest RPG ever, Star Wars Second Edition Revised & Expanded* The game's designers suggest that the GM simply create a series of battle-related encounters, preferably ending with a major goal, and run the players through them. The PCs' relative success then dictates how well their side is doing.

Say your PCs are Rebels, and tonight's session involves, I dunno, a large-scale attack on an Imperial outpost. So maybe you come up with the following encounters-slash-goals which the PCs much survive-slash-achieve:

You run your encounters, and if the PCs do well, then the other Rebels do well; maybe subsequent encounters get a bit easier. If the PCs are havin' a rough time, then so do the NPCs. Maybe subsequent encounters get harder. Maybe extra steps get added (maybe they get pinned down behind cover in Encounter 3 and have to find another way across, or somethin'). Maybe your PCs get captured...

This approach doesn't exercise tactics -- it creates drama. Fitting, since Star Wars is a melodrama. What I like about this approach is not only its simplicity but the fact that, in the end, the players are deciding the battle. Their influence is direct.

Obviously, what I like most about mass combat gaming is the story that gets told. Yes, the tactics and stuff are fun; I enjoy that challenge. In the end, though, I like to know that I achieved something. That something happened So when we're talking about miniatures and terrain, my choice is...

...hard to make. Chainmail, for all its...uh...Chainmailness, is very enticing. I haven't played it, but I like the looks of it. Ditto Hordes of the Things -- they're just something that satisfies me about not-too-many figures (I'm cheap) and not-too-many-rules (I'm fast). However, there is a mass combat game that I've played on a few occasions, which scratches my tactical itch and tells me a story at the same time, and that is Chris Engle's Politics By Other Means, also known as Arguments of War.

I've spoken of Chris Engle's Engle Matrix Games before, and here's an updated link to the Matrix rules since the links in that post are 404. [NOTE: the linked rules are a bit more advanced and complex than the Matrix rules which Chris originally showed me, but if you dig around a bit fr the Yahoo! list, you can find different versions.]

The basic gist is this: you roll dice, you move your little men/tanks/battle buggies/warchickens or whatever. If your little men are in range of the other guy's little men, you can attack. Attacking means rolling however many dice (usually one per attacking unit); a roll of 6 "kills" an opponent.

Engle Matrix games are built on arguments -- statements that change details and conditions about the people, places, things -the 'matrix'- in the game. And if your unit gets "killed", you can make an argument to "save" it.

Every argument in an Engle Matrix game is rated on its logical strength. The stronger the argument, the more likely it is to happen; the likelier it is to happen, the lower the target number on a d6. A referee, or a neutral player, rates the arguments.

"The Duke's archers don't kill my footmen because they have shields. They can hunker down under 'em. 'SWHIFF! SWOOOFFFSH! *duck and cover* PLUNK PLUNK PLUNK!' Like that."

"I dunno. Those shields are kinda puny, and your guys are a bunch of peasant levies armed with castoffs from Count Jackwagon's guard, and they were all ghetto to start with. it's a Weak argument -- roll 5 or better."

"The demon dogs don't kill all my Nelwyns -- they just slow 'em down. They can't move next round, have to dice against 'em again next turn. Remember, I made the earlier argument that Vohnkar is the captain of this unit, and he's the best warrior in the village!" "That's a fair compromise; Strong, 3+."

"No, your dragon doesn't kill my M1 Abrams tank because the driver is A. J. Foyt, and he dodges!"

And so it goes. As you can see, it gives you all the fun of army men and styrofoam hills with the added logical complexities of real battle situations -- plus a story gets told. Since arguments build on each other, as we saw in the Vohnkar example above, these rules are tremendous for campaign play -- say you have a particular unit that keeps killing and not dying, so you decide that after a while they build up a reputation or something, and become more effective when fielded. "Okay, your guys are, like, 'Holy crap! That A. J. Foyt's tank!' They run away. MUA HA HA HA HA HA!"

You want the rules? Lemme know, I'll hook you up.


Okay, I've been at this for hours. 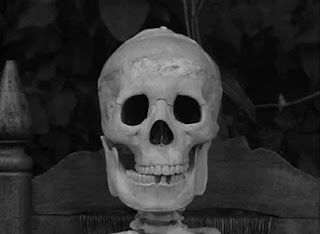