On Lucid Dreaming; or, Dowsers Without Trousers

Here's the bag, and behold the cat: I'm into lucid dreaming.


By "into" I mean "interested in" and "messing around with"; by "lucid dreaming", I mean "that phenomenon that occurs when you take control of your nightly REM instances and drive them around like a clown car in Aaron Spelling's house".

For the uninitiated, here's the gist of this stuff: When you're dreaming, the critical parts of your brain are on hold. Thus, when you find that stack of old Paranoia Press Traveller supplements on top of an old makeup display at the CVS, you just kind of go with it. (Incidentally, yes -- I DID have that dream.) However, there are ways to trick your brain into becoming aware that you're dreaming, thus either experiencing the dream more vividly or, ideally, taking control of the dream and making it do whatever you say.

In other words: Everything we said about VR back in the '90s, only cheaper and without a short-lived TV series on FOX.

The downside is that it takes practice, and it's not always easy to do.

The idea is to teach yourself to recognize signs that you're dreaming, at which point you can hop behind the wheel, so to speak. Once you are aware, you can interact with the dream environment and even change it around. Some folks find it easier than others do, and a lot of it -from what I can tell- is tied to one's ability to recall one's dreams. I'm OK at that, so I have a bit of a leg up, but I still find my results spotty. I've talked to a guy (Tom deserves a post of his own, if ever I get around to it) who boasts complete control, like a magical multimillionaire film director.

My greatest success yet was pretty interesting, and a little fun, but by no means complete. In this particular dream, I had to take a business trip, and that involved renting a car. I went to a car rental place (staffed by a buddy of mine who is, in reality, a computer programmer) and got set up with a set of keys. I then had to go out on the lot, match the number on the key ring to the license plate of my car, and be off.

Right away, I found my "trigger" -- I know, and most people have noticed, that in dreams, you cannot read. Words, numbers, letters, etc. just don't resolve correctly in dreams, and although you can dream about reading, the words you "see" either appear garbled or keep changing. So I went out to the parking lot, looked at the keyring, and thought, "Ha! You can't read in dreams. Here, watch this...!" at which point I viewed the numbers on the keyring as garbled, but registered them as a series of letters and numbers. Then I looked at a license plate, which ALSO looked garbled, but which registered again as a string of digits.

So I started playing with it. 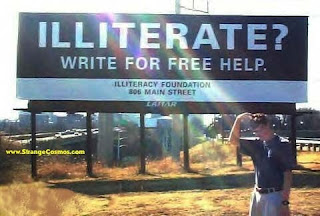 Finally I decided I'd just get a car and go. I picked a little black sports car and drove away.

At this point I lost control, and the rest of the dream went on like a movie, straight through to the pond and the pier and the flying tugboat. Still, upon waking, I had -and still have- exceptionally good recall of the dream, and was able to describe it to my wife as I'm describing it now to you. 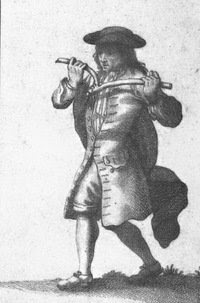 That was a few months ago, and it wasn't until this morning that I had another episode. This one was minor to the last one, though -- it involved me hanging out with some friends and, desiring to amuse them with my dumbass wordplay antics, blurted out the words "Dowsers Without Trousers!" I do that kind of thing when I'm awake, too, and I usually start thinking of related concepts so that I can expand on the joke. In this morning's dream, I did it, too. My thought process suddenly became very analytical; if someone were dowsing trouserless, the, uh, nature of the rod is an obvious one. This realization prompted me to create a slogan for a business which provides the service, and thus a catalogue of euphemisms unspooled in my head, etcetera.

But the breaking point was when I changed directions, and ditched the innuendo for something less risque -- thereby arriving at the notion of dowsing trousers, an FRPG magic item consisting of a pair of pants which, when worn, will soak through with water when the wearer walks over an underground river or stream.

And I did it all consciously. I manipulated my dream.

I'm still a long way off from turning a boring walk through the city into a high-speed chase in flying cars or full-sensory dungeon-delving adventures with robot henchmen, but these are pretty big steps for me. All I can do is keep trying. I know about the machines that you can use, the ones which detect REM sleep and flash you a subtle signal to trigger your awareness, but there's no room left on my head for more night-time equipstuff.

And all this, by the way, without ever owning a copy of The Everlasting. Imagine!
at 12:37