Okay, so I used to live in Mexico City. Some of you knew, some of you just found out. Interesting story, but long. Maybe later.

Now, here's the thing. I lived there between 1981 and 1987, and visited again in 1995. This does not make me an expert on the place, by far, but I know enough and remember enough and have experienced enough to say this, with confidence, beyond doubt:

Nuts to Night City. This is your cyberpunk town.

The place is a pressure cooker, a powder keg, a freaking study of culture- and technoshock full of darkness and beauty. My stepmom, who is Mexican and visits regularly, puts it this way: "I am awed that a city with so many people and so many problems functions from day to day".

So why cyberpunk? Well, if this Wikipedia entry on the infamous marketplace of Tepito doesn't get your cylinders firing, let me tell you my favorite story about Mexico City, which occurred in August of 1995.

Relax, it has pictures. 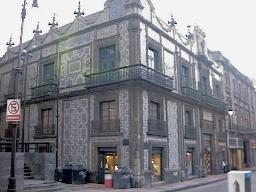 I was on my own that day, in downtown Mexico City, and had just had lunch at the famous House of the Tiles. It's an historical building, left over from the colonial era, when Spain conquered and occupied the city (which, itself, was a marvel of engineering and city planning even then, in the 1500s, when it was built on top of a freaking lake).

Today, it houses a restaurant and store which caters to international travellers. That's right -- you can sit inside of history, eat tacos, and read a copy of today's New York Times. Oh, and buy an AC/DC converter for your shaver, if you're from Europe.

Are you keeping track of the cultural influences?

Well, having finished lunch, I went for a walk (after checking out copies of Der Spiegel and TIME Magazine). Just a few blocks down, I got to the Palace of the Fine Arts -- a neoclaccisist building of such ridiculous hugeness that it is sinking, measurably, into the ground. It hosts both traditional and modern music, dance, folk art, and everything in between.

I was across the street from the place; just to my left, on my side of the street, was one of the only American-style bookstores in town -- The Ghandi Bookstore. Just down the street was a VIPS -- clearly, it is Mexican Denny's. It caters to middle-class families, young adults, the like. Nice place.

But the real draw was the little old woman.

Iron-grey hair. Hand-made shawl. When I say the words "little old Mexican Woman", the image you get is what she looked like.

She was on the sidewalk, on her haunches, and she had a tarp in front of her -- bright blue plastic, like a Summer sky.

She had merchandise for sale. Carefully arranged, in little rows.

Guess what she was selling? 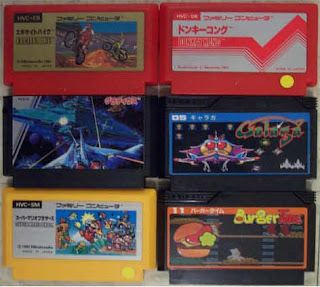 That, my friends, is why Mexico City is The Cyberpunk Setting That Gamers Forgot.